Should you go for American Airlines status? Here’s what you get with each level 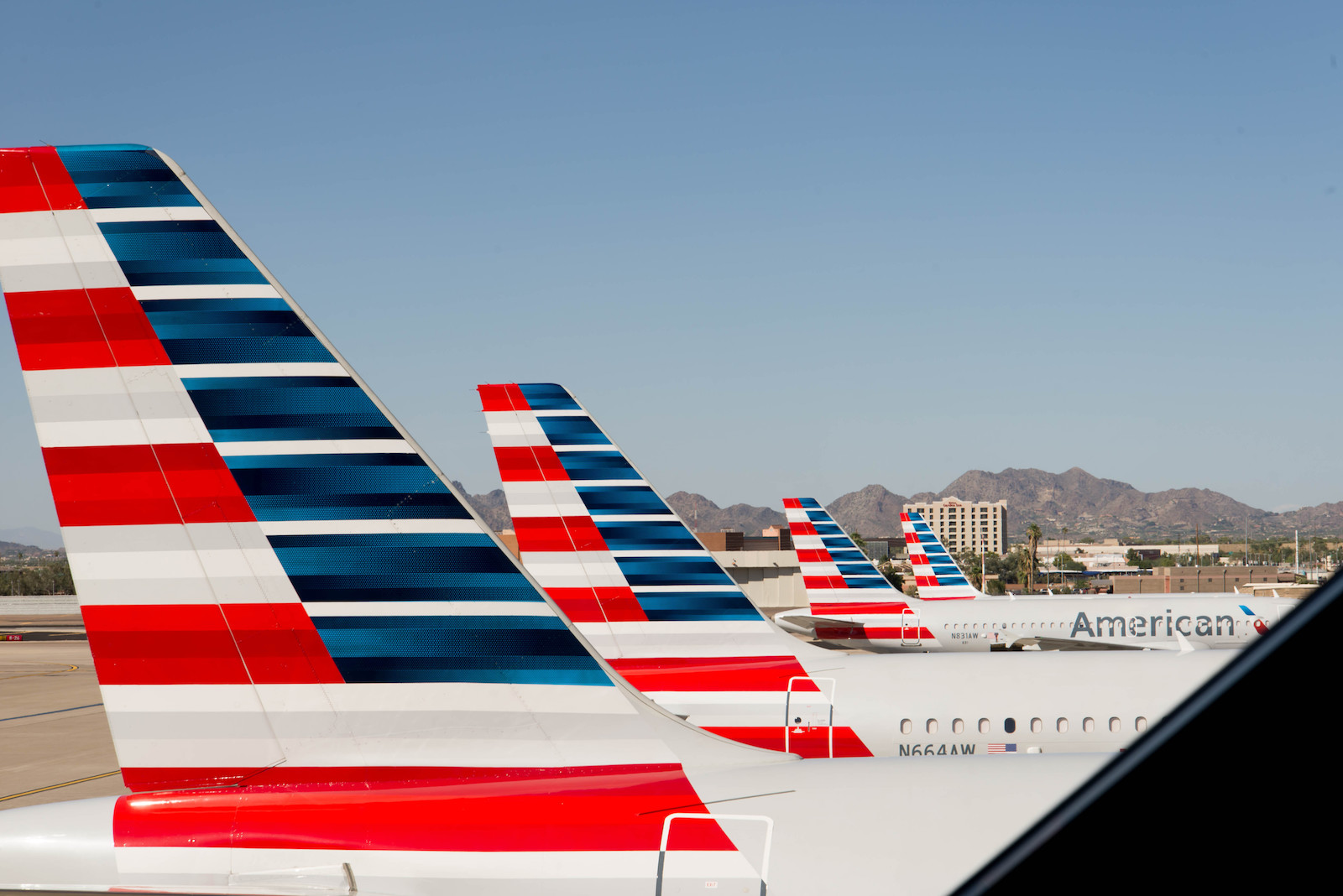 American Airlines is the largest airline in the U.S., and if you’re located near one of their hubs, flying with them might be the most convenient option. If you fly enough, you’ll earn credit toward elite status, which gets you perks like automatic upgrades when available, free checked bags, and priority boarding.

If you’re pushing to get to the next level of elite status you could book a mileage-run, buy back your status or take advantage of some airline credit card benefits. For example, if you have the Citi® / AAdvantage® Executive World Elite™ Mastercard® you’ll earn 10,000 Elite Qualifying Miles (EQMs) every calendar year that you spend $40,000+ on the card.

There are four American Airlines elite status levels. To attain each one requires an extra 25,000 miles of flying (in addition to other requirements) and all have different benefits.

Once you’ve setup an American Airlines account you’ll not only earn AA miles, but credit toward elite status. At each tier, you’ll get benefits like free checked bags, upgrades when available, and mileage bonuses, depending which of the four elite status tiers you achieve:

The acronyms may look intimidating, but they’re pretty easy.  Here’s a summary:

When you start out, you’ll reach a new elite tier every 25,000 EQMs you earn on American Airlines and oneworld airlines and add your American Airlines loyalty number. Mileage flown is how most folks earn their status, which is tracked by EQMs. If you connect a lot, you might qualify solely on the number of flights you take. EQSs are exactly that, and you’ll generally earn one EQS every time your flight takes off.

While you can qualify for elite status based on EQMs or EQSs, American Airlines also requires you to spend a certain amount on airfare (not including taxes and ancillary fees), called EQDs. Each level requires an additional $3,000 in spending, until you reach Platinum Pro. To earn the next level up, Executive Platinum, you’ll need to spend another $6,000, for a total of $15,000. While American Airlines miles expire after 18 months of inactivity, your EQMs, EQDs and EQSs will reset every year.

Spending $50,000 per calendar year on the AAdvantage® Aviator® Silver Mastercard® will count for $3,000 toward the EQD requirement. But you cannot apply for this card directly – and that’s a lot of spending. So there aren’t many ways around the fact that if you want American Airlines elite status, you’ll have to pay up one way or another.

Now let’s see what each level gets you.

This is where everyone starts. After you earn your first 25,000 EQMs (or 30 EQSs) with American Airlines, you’ll get:

Gold and Platinum members will earn four 500-mile upgrades for every 12,500 EQMs earned. You can use one upgrade for every 500 miles flown, and it’s always rounded up to the next 500 miles. For example, if your flight is 1,220 miles, you’d need to use three 500-mile upgrades to get into first class.

And while upgrades will be hard to come by, especially at American Airlines hubs, you might get lucky when you fly off-peak, or on a less popular route and earning more redeemable miles every time you fly is a nice perk.

After reaching Gold, next up is Platinum. You’ll get everything you got with Gold, and:

Here’s where you’ll get a little more when you fly. Your upgrades will have higher priority, you’ll earn more miles, and the overall experience is faster and more convenient. Also note you’ll be able to use partner lounges starting at this level.

Beyond Platinum, you’ll earn Platinum Pro. By this time, you’ve flown American Airlines and its partners quite a lot. You’ll get all the previous benefits and:

At this level, you won’t to bother with 500-mile upgrades any more – first-class upgrades will clear automatically up to three days before departure. It’s not a huge step up from Platinum other than that, but you’ll get more flexibility if you want to take an earlier or later flight, because same-day changes are free.

Executive Platinum is by far American Airlines’ most rewarding tier, and for good reason. You’ve flown a lot to get here, and they’re ready to give you the V.I.P. treatment. You’ll get everything already mentioned and:

Even if you don’t get an upgrade, you’ll always get the best seat available in the Main Cabin, and a free drink and snack. You can access most partner lounges when you fly internationally, and check up to three bags for free.

The biggest perk here are the four systemwide upgrade certificates, which let you book a coach ticket, then confirm yourself an upgrade at the time of booking. It works for one-way travel (up to three segments) – and you can share them with anyone. You can use these for American Airlines’ longest routes, like Los Angeles to Hong Kong or Dallas to Tokyo, and sit up front for no extra cost – this perk alone can be worth $1,000s if you can find an upgradeable seat.

With American Airlines, the top level really is the best. You’ll get the most flexibility, best rewards, and lots of extras.

Here are a few of the most common questions about American Airlines elite status.

What does elite status on American Airlines mean?

Basically, you’ll earn more redeemable miles and have a better shot at upgrades when you fly on American Airlines. You can also board before general ticket holders and check at least one bag for free on every flight.

What are Elite Qualifying Miles (EQMs) on American Airlines?

You can see the fare code when you book your ticket, so you can find how many EQMs you’ll earn for your flight.

Want status right away? You can pay an extra $200 for Gold ($400 total) or $300 for Platinum ($500 total). There are also occasional targeted offers and if you have certain levels Hyatt status, you’ll be able to get an American Airlines status match challenge at no cost.

Can you buy elite status on American Airlines?

They occasionally run targeted offers to purchase or “buy up” to the next status level. But again, those are targeted, and usually at the end of the year. Otherwise, you can pay the up-charge to get instant Gold or Platinum elite status when you do a status challenge. But it’s only good for 90 days, unless you meet the requirements (see above).

Is American Airlines Status worth it?

American Airlines’ top-tier Executive Platinum elite status requires a lot of flying and the lower levels aren’t as rewarding as other airlines because of their 500-mile upgrade system you have to deal with until you hit 75,000 miles or 90 segments flown. Until then, you have to get by with upgrades on shorter flights or hanging out in a preferred or Main Cabin Extra seat, with an occasional upgrade on longer flights.

Plus, there’s really no way to get around the EQD requirement. You have to spend money if you want the status because of these limitations, I wouldn’t go out of my way to earn it, unless:

When you earn American Airlines elite status, it’s good for the remainder of that year and all of the following year. So if you have a period of heavy travel, you can set yourself up with elite status for nearly two years. If that gets you Platinum Pro or Executive Platinum, you’ll have the best shot at snagging those space-available upgrades.

But honestly, I wouldn’t go out of my way to earn American Airlines elite status, especially considering you can get perks like a free first checked bag on domestic itineraries and preferred or priority boarding with American Airlines credit cards, like:

The information for the Citi AAdvantage Platinum Select has been collected independently by Million Mile Secrets. The card details on this page have not been reviewed or provided by the card issuer.

If you find yourself between tiers, carefully review the perks of the next level to see if they’ll save you time and money. There’s not much difference between Gold and Platinum, but there’s something to be said for being Platinum and going for Platinum Pro (not dealing with 500-mile upgrades any more).

Ultimately, it’ll depend on your travel goals. If you have a lot of travel coming up, with most of it on American Airlines, it’s certainly worth earning perks along the way and seeing where you end up.

I wouldn’t earn American Airlines status unless I was certain I’d reach the Executive Platinum tier to get the most benefits. That’s because status earned is valid the rest of the current year and all of the following year. So with a lot of travel, you’ll have the best shot at upgrades, and get tons of benefits to make your travels smoother.

At lower levels, you have to mess with 500-mile upgrades, and at hubs or on busy routes, your upgrade chances are buried by top-tier elites. Plus, there’s no way around the EQD requirements, so you have to spend as well as fly certain amounts on American Airlines.

That said, if American Airlines is your best and/or cheapest option for travel, definitely see what level you can earn, because something is better than nothing and earning bonus redeemable miles is always a nice treat when you fly.

If you have American Airlines status, what you do think of it? And what’s your favorite benefit?

I’m a million miler. Currently gold. What do I need to do to get to platinum?

I’m about to lose my Gold status. (unless i pay $699 and a bunch of miles). I don’t fly very often. What do I really “lose”? I have an AA credit card, so I believe I already get a little better boarding status and a free checked bag.

If you haven’t been or won’t be flying very often, you might not be missing the benefits too much. See the list below and if you’re already getting the perks you really care about from another card, then I’d probably agree you’re probably not missing much.

I am based out of Dallas, so do not have much of a choice other than American. When based out of a major AA hub, the biggest difference between Gold and Platinum for frequent flyers is the boarding group #, Platinum is 3rd and Gold is 4th. I usually observe 1/3+ of passengers boarding as Platinum. So, if you are carrying on a bag and want to sit up front, you will need some luck when boarding with the 4th group. FWIW

how many f;yer miles do I need for Atl to oakland, sfo or smf mid October JO292602 1 person or fromSMF to XNA same time period Capital One® Spark® Miles for Business

The best airline credit cards of 2020