Starbucks Lovers Rejoice! There Is a New Way to Get Rewarded for Your Lattes!

Yesterday we learned a new Chase Starbucks card was on it’s way!  And today, via The Points Guy, applications are open.

The Chase Starbucks Rewards Visa earns Starbucks stars, which you can redeem for Starbucks food and beverages.  So for most folks, this is NOT a great card to get.  But if you are an ardent Starbucks enthusiast, the card does offer a lot of great ways to save on your Starbucks purchases.

Here are the details of the new card.

Starbucks has teamed up with Chase to offer a new credit card to reward their loyal customers.  The Chase Starbucks Rewards Visa card comes with a 2,500 Starbucks star sign-up bonus after spending $500 on purchases in the first 3 months from account opening.  And the purchases do NOT have to be made at Starbucks to qualify for the bonus.

The card has a $49 annual fee that is NOT waived the first year.  It also incurs a 3% foreign transaction fee.

Is This a Good Deal?

To earn 3 Starbucks stars per $1 spent in Starbucks stores you’ll have to jump through some hoops.

And the 8 Barista Picks per year are free food or drinks offered to you throughout the year based on your preferences.  You’ll get the Barista Pick coupon added to your Starbucks account starting 45 days after opening your account and once every ~6 weeks after that.

The Chase Starbucks Rewards card is the best option for earning rewards for Starbucks purchases.  But it also has a $49 annual fee, which means you’ll have to spend a LOT at Starbucks each to year to make it worth while.

The card will count toward your Chase “5/24” limit, so if you apply you could be missing out on more lucrative Chase card offers.  So for most folks this is NOT a good deal.

And Starbucks stars can only be used at – you guessed it – Starbucks.  So most folks would be better off earning 3 Chase Ultimate Rewards points per $1 spent at restaurants (including Starbucks) with the Chase Sapphire Reserve card, because flexible points give you more redemption options.

Applications for the new Chase Starbucks Rewards card are now open!  You’ll get a 2,500 Starbucks star bonus after spending $500 in the first 3 months from account opening.

The card comes with lots of nice perks, like Starbucks Gold status and 8 free Barista Pick rewards a year.  And it could be the most rewarding card for Starbucks purchases.  So if you’re a Starbucks regular, it might be a good deal for you.

But unless you are spending a LOT at Starbucks, I do NOT recommend this card.  It will count toward your Chase “5/24” limit.  And it only earn rewards that can be redeemed at Starbucks, which won’t get you any Big Travel with Small Money. 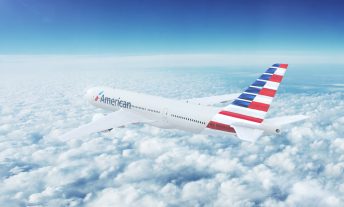 Is American Airlines first class worth it? Is Alaska Airlines first class worth it?