Late last year, Delta began offering Basic Economy on award tickets on limited routes, and early this month they expanded this to many more award flights in the US and Canada, including Hawaii.  My question is, now that Delta offers Basic Economy award flights, how long will it be before American Airlines and United Airlines follow suit?  Ugh.

If you’ve got a Basic Economy award and need to change your plans after the 24-hour cancellation period, you can’t.  There is no redeposit fee you can pay – you’ll just be out the miles.

Also, you won’t be able to select your seat until 24 hours before your flight when you check-in.  And you’ll only be able to choose your seat then if there are non-preferred seats available, otherwise you’ll get your seat assignment at the gate.

On some domestic flights, you might have the option to pay extra for seat selection 7 days to 24 hours from departure.  But the big thing to watch out for is that if you’re traveling with a group (including families with children), there is no guarantee that you’ll be seated together.

In addition to these restrictions, Delta charges $30 one-way for a standard checked bag on domestic flights for Basic Economy, Main Cabin, or Delta Comfort+ tickets.  But there are also select international routes where if you’re flying on a Basic Economy fare, you’ll be hit with checked baggage fees.  For example, Basic Economy ticket holders will be charged a $60 checked bag fee on flights from the US to Europe.  For now, there aren’t Basic Economy award flights to Europe (this only applies to cash fares), but they will be here eventually.

How to Take Some of the Sting Out of Basic Economy

If you’ve got Delta Elite status, Basic Economy won’t be quite as rough as you’ll get:

But even as an elite member you won’t have access to paid or complimentary upgrades on Basic Economy tickets.  That’s a big hit.

For the rest of us, we can get priority boarding and the first checked bag free (for you and up to 8 companions on the same itinerary) if you have any of these Delta cards:

To get these perks, you don’t actually need to pay for your flight with your Delta card because the benefits are linked to your frequent flyer account.

Yes, Basic Economy awards are cheaper than Main Cabin awards.  But how much cheaper depends on when you’re traveling. 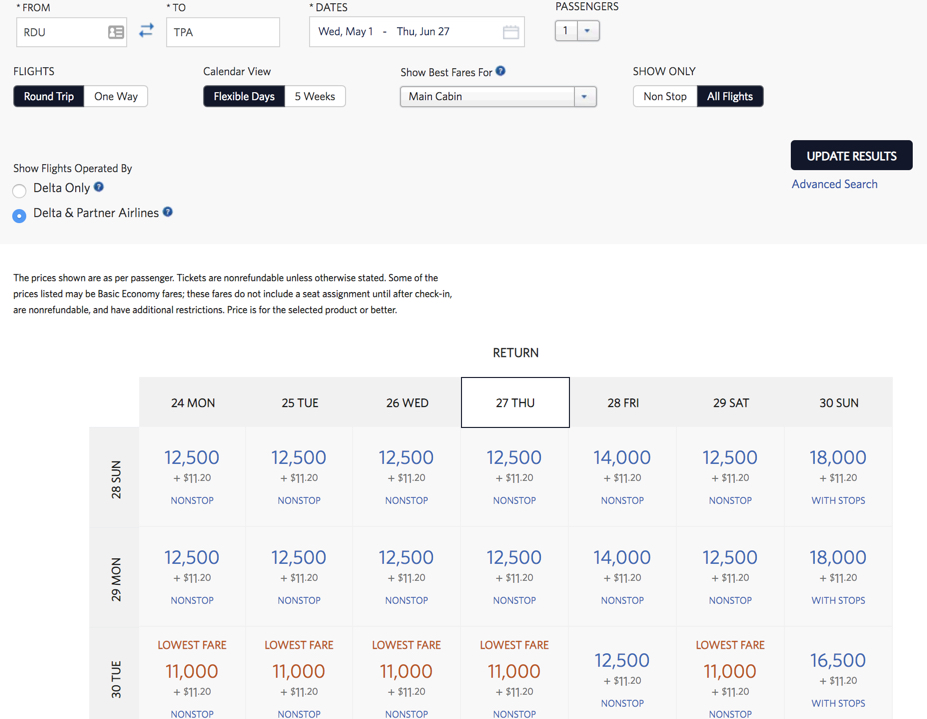 But there’s a lot more availability when it comes to the Basic Economy award tickets, including flights that were pricing out higher than 11,000 miles. While Basic Economy awards should always be cheaper than Main Cabin awards, my fear is that Basic Economy becomes the new saver level award.  I don’t know what award flights for this specific route cost before Basic Economy was added, but in the past, Delta has regularly had domestic round-trip awards on sale for as little as 10,000 miles.

I’d love to hear your thoughts in the comments below.

If you don’t want to miss out on important miles & points news, subscribe to our newsletter: