I got a great price on a 2017 Honda Civic by looking outside of where I live in Austin.  But the offer I found was a LONG way from home!

A few weeks ago, my 11-year old-Honda Civic was totaled.  So I was in the market for a replacement.  I have never bought a new car.  Because new cars lose value as soon as you drive them off the lot.

But I was able to get a brand new 2017 Honda Civic for the price of a used 2016 model!  And I used miles and points to make it happen!

Finding the Best Deal on a New Car

I love finding great deals.  So when it came to buying a car, I always bought used.  But this time around, I took a different approach.

I wanted to replace my Honda Civic.  I used cars.com to do my initial research for a used 2016 model.  But they were still very expensive.

I knew dealers would have new 2018 models and would want to get rid of their “old” 2017 Honda Civics.  So I searched within ~200 miles of where I live in Austin.  I checked out the dealers’ websites for “special internet offers” to find the best price.

I was able to find an amazing package through a dealership in Fort Worth for ~$4,000 less than the retail price on a brand new 2017 Honda Civic!  And it was the same cost as a used 2016 Honda Civic, which is what I originally intended to get.

So I took the offer I had and shopped it around to Honda dealers within 200 miles of Austin (did I mention I love finding a good deal?).  A couple of dealers told me I got a steal.  And no one came closer than within a few $100 of the price I was quoted.  So I took it!

Saving Money With Points and Miles

Using miles and points, I was able to give myself the flexibility to find the best deal, even if it was 200+ miles away!

I booked a last-minute award ticket from Austin to Dallas-Fort Worth with American Airlines miles.  This saved me $250 in airfare!  And I used 15,000 Club Carlson points to stay in Fort Worth the night before I picked up my new car.

The next morning, I took an Uber to the dealer to pick-up my new car.  And I was able to get a better car than I originally planned on buying for the price I wanted to pay.  The only extra cost was an Uber ride and the taxes & fees on an award ticket!

Having Fun With the Process

So was it worth it to put in all that time and effort to get a good price on a car?  Yes!  Not only did I save a bunch, but I loved the process.  I love free flights, hotels, and road trips!  That’s a win-win-win for me!

Plus, I needed a car.  And I wouldn’t have felt good if I knew I could get a better price with a bit more effort.  Miles and points motivated me to put in the extra legwork.  Because there was little added cost.

I was thrilled.  And that’s the point!  You can use your points for whatever makes you the happiest!  What better reward is there?

Recently, my 11-year old Honda Civic was totaled. 🙁  So I was looking for a replacement.  I wanted a nice used Honda Civic.  Because I’ve never bought a newer-model car in my life!

But the car was over 200 miles from where I live.  That’s when miles and points came to the rescue!  I saved $250 on airfare by booking a last-minute award ticket.  And I got a free hotel near the dealership.  So picking up the car was easy. 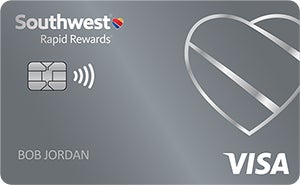