Everything to Know About TSA PreCheck

If you enjoy standing in long lines, removing items from your carry-on, or pulling off your coat in record speeds, this post is not for you!

For the rest of us, TSA PreCheck can be a huge time (and stress!) saver during our visit to the airport.  A membership to TSA PreCheck means you won’t have to remove your toiletries or computer from your bag.  Or take off your jacket at security checkpoints.

And TSA PreCheck lines are often (but not always!) much shorter than the regular security lines.

I’ll tell you everything you need to know about TSA PreCheck!

What Is TSA PreCheck?

Link:   How to Get Through Security Faster With TSA PreCheck

With TSA PreCheck, you can pass through security without taking off your shoes, belt, or light jacket.  You also won’t need to remove your laptop and liquids from your bag!  This helps the security line to progress much faster.

You can apply for TSA PreCheck at any time.  And there is no age limit.  Family members age 12 and under can go through the line with a parent who has TSA PreCheck.  Ages 13 and up will need to enroll in TSA PreCheck.

And because TSA PreCheck is still relatively exclusive (only ~4 million members), the lines are generally much shorter than the regular TSA security line.  However, NBC News reports that 25 million travelers will be enrolled in a trusted traveler program by 2019.

How Do I Get TSA PreCheck?

You can apply for TSA PreCheck if you’re a US citizen or lawful permanent resident without a criminal record.  Applying is simple!

Visit the TSA PreCheck enrollment center you selected after filling-out your online application.  You’ll need a valid form of photo identification (like a drivers license), as well as proof of citizenship (like a passport) or immigration documentation.

You’ll have to answer some basic questions about yourself and your recent travel history.  The customs officer will run a background check, and you’ll be fingerprinted.  All worth it to be deemed a “trusted traveler”! 😉

TSA PreCheck is being heavily marketed.  In the past, enrollment spots have been set up at DMV offices and H&R Block sites.  And you can expect to see enrollment centers set up at music concerts, too!  The TSA is trying to make enrolling as convenient as possible.

What Does the TSA PreCheck Application Cost?

TSA PreCheck costs $85 for a 5-year membership.  But there are plenty of ways to get it for free!

Several cards will reimburse the price of your TSA PreCheck application, including:

Use one of these cards to pay for TSA PreCheck application, and you’ll receive a statement credit for the expense!

You can also receive TSA PreCheck for free if you are an Orbitz Platinum member.

Note:   Some airlines allow you to cover the price of enrollment in TSA PreCheck by using points & miles.  For example, instead of paying the $85 fee you can use:

I do NOT recommend this, as these miles & points can be worth much more than $85.

How to Use TSA PreCheck

You can use TSA PreCheck at over 180 airports around the US (including Alaska and Hawaii).  There are currently 30 airlines participating in TSA PreCheck:

And the list continues to grow!  Emirates, Virgin Atlantic, and 9 other airlines joined the program in late January 2017.

If you book a ticket with an airline NOT on this list, you won’t be able to use the TSA PreCheck line.

Step 1.   Add Your “Known Traveler Number” to Your Ticket

You can add your Known Traveler Number to both paid and award flights.

Note:   If you are traveling with a friend who does NOT have TSA PreCheck, you may have success asking the ticketing agent at the airport to add TSA PreCheck to their ticket, so you can walk through the same security line.  Or ask the TSA PreCheck officer if your friend can tag alongside you.  This has worked for Million Mile Secrets team member Joseph multiple times!

Before you stroll up to the TSA PreCheck line, make sure your ticket indicates you are TSA PreCheck eligible.  The words “TSA PreCheck” (or something similar) should be printed somewhere on the voucher.

TSA PreCheck lanes are easy to spot.  They are clearly marked with large blue banners.

It’s Not Always a Sure Thing

Just because you have TSA PreCheck does NOT mean you’ll always speed through security.  Things can still happen to slow your experience.  So make sure you leave for the airport just as early as you did before enrolling in this trusted traveler service.

For example, while Million Mile Secrets team member Scott enjoyed speeding through security on his most recent JetBlue flight out of New York (JFK), he had 2 less-than-fast experiences with TSA PreCheck prior to that.

Leaving San Diego in the evening, the TSA PreCheck lane was closed, which made his membership useless that day.  And leaving West Palm Beach, the TSA PreCheck line was much longer than the regular security line, largely defeating the purpose.

So don’t wait until the last minute to make your flight!  And do some research before your flight to make sure you’ll be able to take advantage of your TSA PreCheck benefits!

TSA PreCheck only operates at certain times of the day.  And each airport has its own schedule.  Though I noticed NOT all the participating airports are in their system yet.

At Houston Hobby Airport, TSA PreCheck is only available between 5am and 6pm.  So if your flight is late at night, you won’t get the benefits of TSA PreCheck!

You can google “TSA PreCheck hours of operation“, and include the name of your airport.  Or, you can tweet AskTSA for the answer!

TSA PreCheck lanes aren’t available at every security checkpoint.  If you’re flying out of a large airport, you may waste more time walking to the TSA PreCheck lane than you would have saved by entering the regular security lane.

Million Mile Secrets team member Harlan says he sometimes jumps in the regular security lane when he finds the TSA PreCheck lane to be too far from his gate.  He recommends folks find out which gate they need to be at before assuming TSA PreCheck is the fastest option.

Some airports may decide to open or close the TSA PreCheck lane depending on the amount of travelers that day.  In other words, if the TSA doesn’t feel the lines are long enough to warrant opening the TSA PreCheck lane, you’ll have to go through the regular security lane like everyone else!

TSA PreCheck can be a valuable and convenient way to speed through airport security.  But at the end of the day, it’s really up to the TSA officers whether or not they want to staff the TSA PreCheck lane.  This stinks, because folks can pay the $85 TSA PreCheck fee and receive no more benefit than anyone else!

It might be better to think about TSA PreCheck as a pleasant surprise instead of a sure thing.

Note:   Folks report that if you’ve had a medical procedure (like metal implants), TSA PreCheck may not save you much time, either.

Not Everyone Qualifies for TSA PreCheck

Only certain folks are eligible for TSA PreCheck:

Again, if you have a criminal background, you are MUCH less likely to be approved for TSA PreCheck.  Just know your $85 TSA PreCheck application fee is non-refundable, even if your application is declined.

I recommend signing-up for Global Entry instead of TSA PreCheck.

That’s because when you have Global Entry, you’ll also be approved for TSA PreCheck on most flights.  And Global Entry also helps you avoid the long lines at US Customs & Immigration when you return to the US from overseas!

To qualify for Global Entry, you must be one of the following:

As is the case with TSA PreCheck, if you have a criminal background, you probably will NOT be approved for Global Entry.

You can apply for Global Entry online, and schedule an appointment for an interview with a Customs and Border Protection officer.  Or, if you don’t want to wait for a Global Entry appointment, there are some Global Entry centers that accept walk-ins!

So if you travel internationally, you may as well get Global Entry.  It will cost you the same amount as TSA PreCheck if you have a card with a statement credit – zero dollars! 🙂

Finally, if neither TSA PreCheck or Global Entry interest you, CLEAR could be for you.  It’s similar to TSA PreCheck but with a smaller network.

CLEAR currently operates in less than 20 airports (with a few more in the works).  But it could be a good alternative if the aggressive TSA PreCheck marketing begins to work, and we see those expedited lanes begin to clog!

TSA PreCheck can save you time and stress at airport security checkpoints.  You won’t have to take off your shoes, light jacket, or belt.  And you can keep your toiletries and laptop in your bag!

TSA PreCheck costs $85 and is valid for 5 years.  But if you pay with cards like the Chase Sapphire Reserve or Citi Prestige, you’ll receive the membership for free!

Applying for TSA PreCheck is simple.  But you’ll need to schedule a meeting where you’ll receive a background check.  You’ll also be fingerprinted and complete a short interview.

Do you think TSA PreCheck is worth applying for? 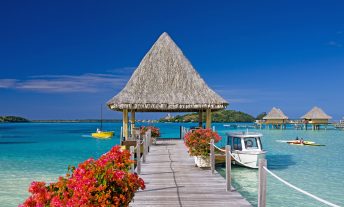 How to book overwater bungalows with points 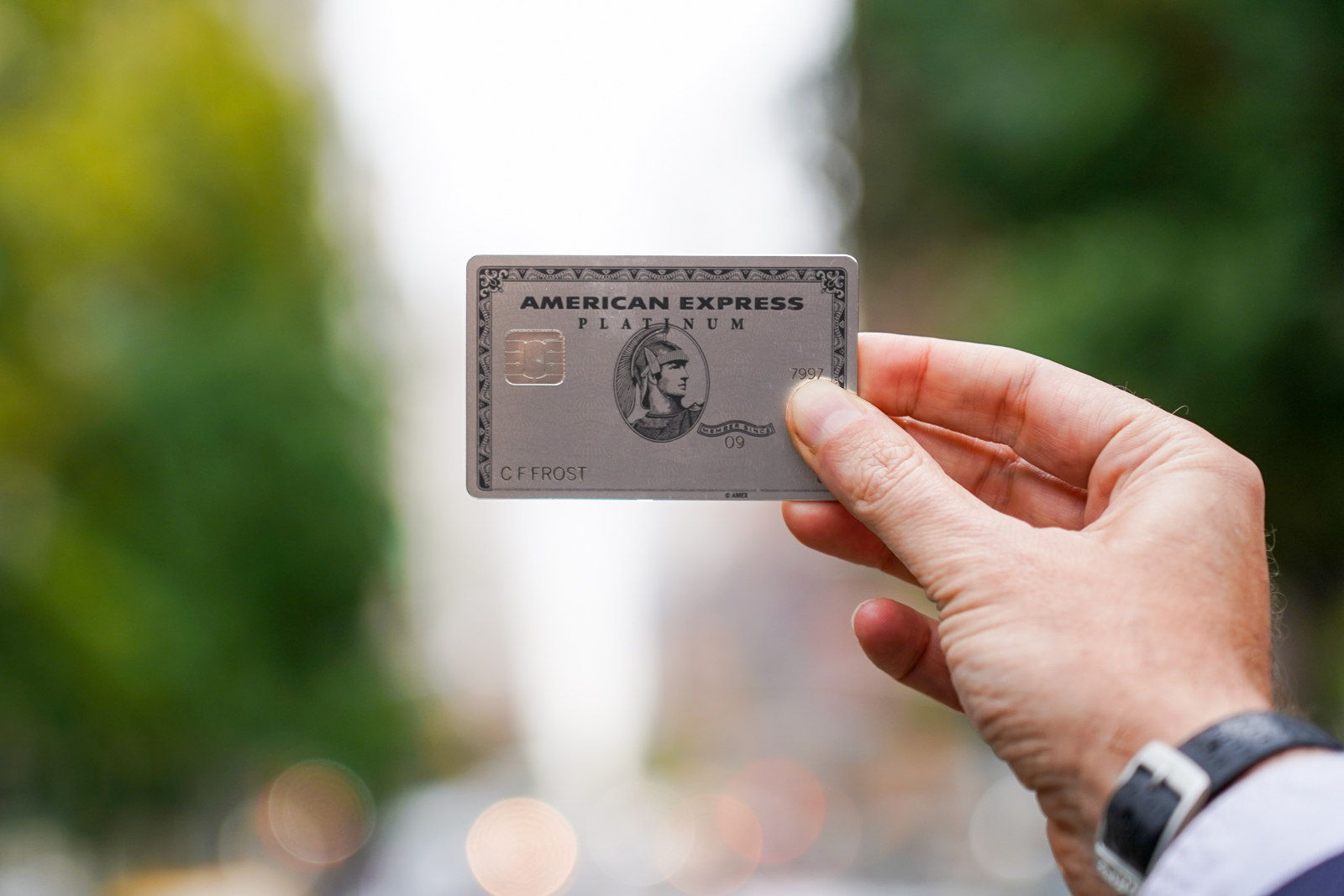 The best looking credit cards in 2021