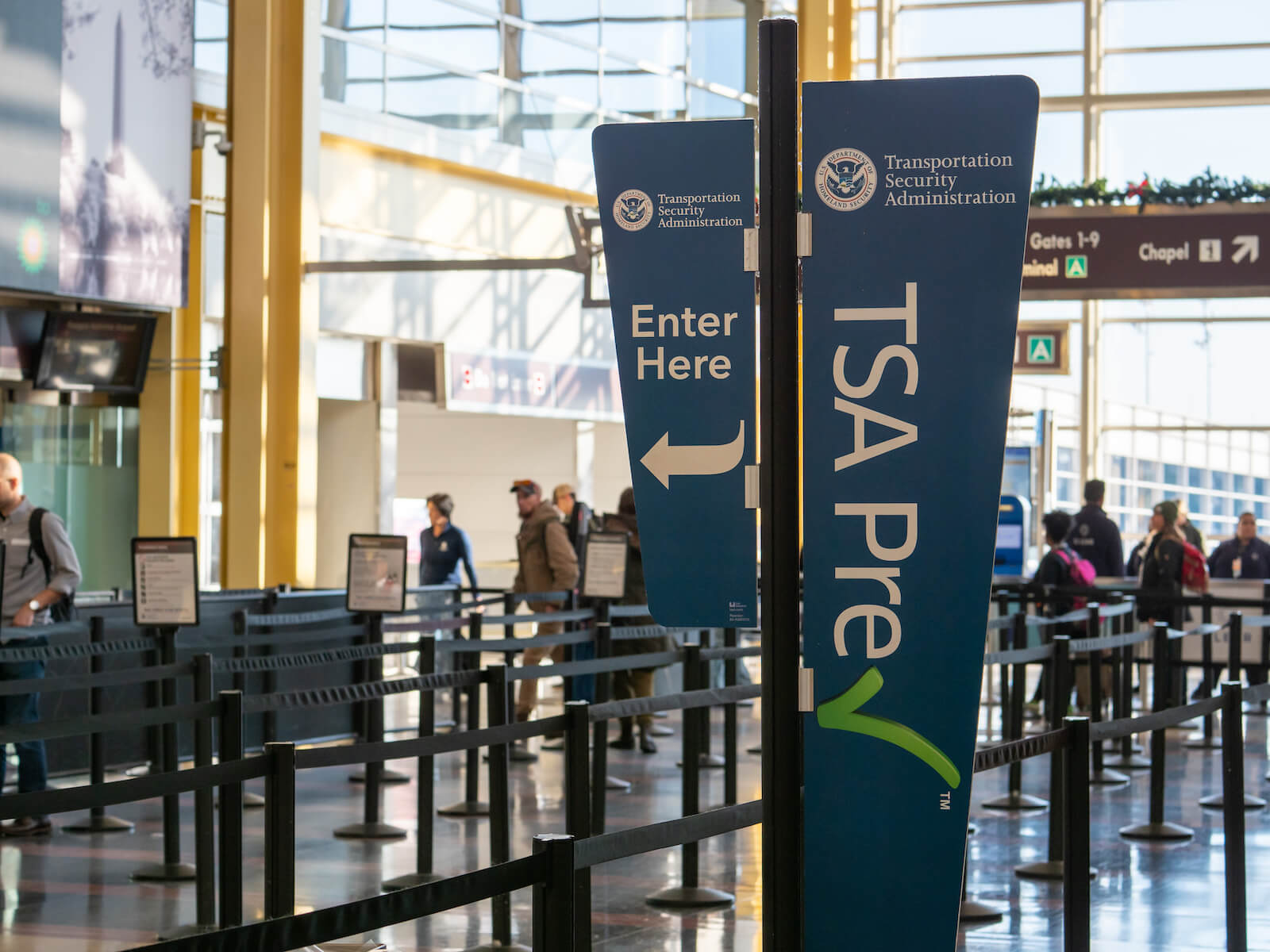 If you enjoy standing in long lines, removing items from your carry-on or pulling off your coat in record speeds, this post is not for you. For the rest of us, TSA PreCheck can be a huge time (and stress) saver at the airport. A membership to TSA PreCheck means you won’t have to remove your toiletries or computer from your bag or take off your light jacket at security checkpoints.

And TSA PreCheck lines are almost always much shorter than the regular security lines. So let’s review everything you need to know about TSA PreCheck, including how to complete an application and how you can get it for free with the right travel credit cards.

What is TSA PreCheck?

TSA PreCheck is a trusted traveler program designed to help folks spend less time (and experience fewer headaches) at security checkpoints. With TSA PreCheck, you can speed through security because you can leave your shoes and belt on, don’t need to remove your laptop or 3-1-1 compliant liquids from your bag and the security line is shorter.

In order to get these benefits you’ll need to go through an application process which includes an in person interview and background check. You’ll also get TSA PreCheck benefits if you are approved for some of the other trusted travel programs, like Global Entry or Nexus.

How do I get TSA PreCheck?

You can apply for TSA PreCheck at any time and there is no age limit. Family members age 12 and under can go through the line with a parent who has TSA PreCheck, but ages 13 and up will need to enroll in TSA PreCheck.

You can apply for TSA PreCheck if you’re a U.S. citizen or lawful permanent resident without any history of violations of transportation security regulations or disqualifying criminal offenses. If that’s you, you can apply online. After your application is conditionally approved you’ll need to find an enrollment center near you and schedule an appointment to meet and finish the process. There are 380+ enrollment centers nationwide and you can even finish your enrollment at some Staples locations.

When you visit the TSA PreCheck enrollment center you’ll need a valid form of photo identification, as well as proof of citizenship or an immigration documentation. You’ll have to answer some basic questions about yourself and your recent travel history. You’ll also get a background check and be fingerprinted.

How much does TSA PreCheck cost?

You can also receive TSA PreCheck for free if you’re an Orbitz Platinum member.

How to use TSA PreCheck

You can use TSA PreCheck at over 200 airports around the U.S. (including Alaska and Hawaii). There are currently over 70 airlines participating in TSA PreCheck:

Before you stroll up to the TSA PreCheck line, make sure your ticket indicates you are TSA PreCheck eligible. The words “TSA PreCheck” (or something similar) will be printed on your boarding pass. Then you’ll just need to find the TSA PreCheck lane, which are easy to spot. They are clearly marked with large blue banners.

Just because you have TSA PreCheck does not mean you’ll always speed through security. Things can still happen to slow your experience. There are times when you’ll want make sure you leave for the airport just as early as you did before enrolling in this trusted traveler service.

These factors can influence whether or not you’ll be able to speed through the TSA PreCheck line.

TSA PreCheck only operates at certain times of the day and each airport has its own schedule, which you can check here. You can also google “TSA PreCheck hours of operation” and include the name of your airport. Or, you can tweet AskTSA for the answer.

TSA PreCheck lanes aren’t available at every security checkpoint. If you’re flying out of a large airport, you may waste more time walking to the TSA PreCheck lane than you would have saved by entering the regular security lane.

Some airports may decide to open or close the TSA PreCheck lane depending on the amount of travelers that day. In other words, if the TSA doesn’t feel the lines are long enough to warrant opening the TSA PreCheck lane, you’ll have to go through the regular security lane like everyone else.

TSA PreCheck can be a valuable and convenient way to speed through airport security. But at the end of the day, it’s really up to the TSA officers whether or not they want to staff the TSA PreCheck lane. This stinks, because you can pay the $85 TSA PreCheck fee and receive no more benefit than anyone else, although this is rare.

You could sign-up for Global Entry instead of TSA PreCheck. That’s because when you have Global Entry, you’ll also be approved for TSA PreCheck on most flights. And Global Entry also helps you avoid the long lines at U.S. Customs and Immigration when you return to from overseas.

To qualify for Global Entry, you must be one of the following:

As is the case with TSA PreCheck, if you have a criminal background, you probably will not be approved for Global Entry. You can apply for Global Entry online and schedule an appointment for an interview with a Customs and Border Protection officer. Or, if you don’t want to wait for a Global Entry appointment, there are some Global Entry centers that accept walk-ins.

TSA PreCheck can save you time and stress at airport security checkpoints. You won’t have to take off your shoes, light jacket or belt and you can keep your toiletries and laptop in your bag.

TSA PreCheck costs $85 and is valid for five years, but if you pay with cards like the Chase Sapphire Reserve® or The Platinum Card® from American Express, you’ll get your first application fee reimbursed. Applying for TSA PreCheck is simple, but you’ll need to schedule a meeting where you’ll receive a background check. And you’ll also need to be fingerprinted and complete a short interview before you’re approved.

Any update on the status of NYS residents getting Global Entry or TSA Precheck? My application (which had been pending for months) was cancelled because I am a NYS resident.

EVERYTHING I wanted to know about TSA precheck???? How about a COMPREHENSIVE list of credit cards that offer the $100 credit, not just a vague reference to cards “like” Amex plat and Chase reserve. That would have been helpful. Also, how to renew global entry/tsa is of extreme interest. Looking forward to an updated “EVERYTHING” article. Thx How to check passport application status