What is Alaska Airlines elite status worth in 2020? Normally when you’re choosing an airline for which to be loyal, you’d pick the one you fly on most, right?

Wrong. Alaska Airlines offers incredible value, even to people who don’t live in one of its west coast hub cities. I’m currently living in Shanghai, I’ve never once flown on Alaska Airlines, and the Alaska Airlines Mileage Plan is still my favorite loyalty program in the U.S. by a light year.

Similar to the way Alaska Airlines miles can be used on a wide variety of international partner airlines, Alaska Airlines elite status can be a great way to earn bonus miles when flying on these partners to destinations in Asia, Europe and more. Of course, if you actually do live in a city served by Alaska Airlines, the unlimited complimentary first class upgrades offered to every tier of elite members is a generous perk that other U.S. airlines just don’t have.

You can earn Alaska Airlines miles quickly with cards like the Alaska Airlines Visa Signature® credit card, which currently comes with a special limited-time offer of a $100 statement credit, 40,000 Alaska Airlines miles, plus Companion Fare™ from $121 ($99 fare, plus taxes and fees from $22) after making $2,000 in purchases within the first 90 days of opening account.

Let’s take a look at everything you need to know to earn Alaska Airlines elite status and to maximize your benefits.

How to earn Alaska Airlines elite status (and what you get)

For each tier there are three different ways you can qualify:

So what exactly do these elite qualifying miles mean? Unlike American Airlines or United Airlines, both of which have a separate number of Elite or Premier Qualifying miles assigned to each fare class, with Alaska Airlines your elite miles are the base flight miles (100% of the distance flown on most fares) and a premium cabin bonus of up to 75% for flights on Alaska Airlines.

Alaska Airlines has no revenue requirement for earning status (you don’t have to spend a certain amount of money with the airline), so you can book the cheapest fares out there and still qualify just as quickly. The downside is that there’s no way to use credit cards to shortcut your quest for elite benefits. For a limited time, the Alaska Airlines Visa Signature® credit card offers an incredibly valuable bonus of a $100 statement credit, 40,000 bonus miles and Alaska’s Famous Companion Fare™ from $121 ($99 fare plus taxes and fees from $22) after you make $2,000 or more in purchases within the first 90 days of opening your account

It’s up to you to decide whether you’re better off qualifying on miles or segments, but given Alaska Airlines’s generous elite qualifying miles earning rate and premium cabin bonuses, most people will be better off qualifying on miles flown rather than flight segments. While the highest class of service bonus you’ll earn on Alaska Airlines operated flights is 75% of the distance flown, that number climbs to 200% for partners like British Airways which offer true long-haul first class seats. You do need to earn more miles to qualify with partner activity, but these massive bonuses can help close the gap.

Now that you know how to earn Alaska Airlines elite status, let’s look at what you get with each level.

The lowest tier of Alaska Airlines elite status gets you the following benefits:

Unfortunately, the biggest determinant of upgrade priority is your level of elite status, so don’t count on sitting at the front of the plane every flight with just MVP status.

If you reach the middle tier of Alaska Airlines status you’ll earn the following perks: The highest level of Alaska Airlines Elite status comes with even richer benefits:

In addition to being near the top of the upgrade list, the biggest benefit of MVP Gold 75K status in my opinion is that 50,000 mile bonus. Many airlines offer some type of upgrade certificate, but try and name one other airline that gives you enough miles to fly in business class on one of the world’s best airlines for free.

We don’t know quite yet how the earning will work when you fly Alaska, but it likely won’t deviate from its current setup of 100% redeemable miles based on distance, with the addition of up to 75% bonus depending on the class of ticket you purchased. You will also likely earn Elite Qualifying Dollars based on a percentage of the distance flown, up to 30%.

When earning American miles on Alaska flights, we’ll probably receive 100% of the miles flown for premium cabins and full-fare coach flights, and as high as 75% for discounted coach fares.

Is Alaska Airlines Elite Status worth it?

Earning status with any airline or hotel is a highly personal decision, and only you can decide if it’s right for you. Many people fall into the trap of chasing status and spending hundreds or thousands of dollars they wouldn’t have otherwise spent just to get some incremental benefits.

So I’ll ask a slightly different question: If you travel enough to earn elite status with an airline, is it worth choosing Alaska Airlines?

My answer to that is a resounding “YES!” Alaska Airlines miles are arguably the single most valuable loyalty currency out there, and you’ll rack them up at a much faster rate with elite status. If you’re able to earn top tier status (which doesn’t require as much flying or spending as top tier with United Airlines or American Airlines), you’re in for some nice treats. I seriously can’t overstate the value of that 50,000 mile bonus, not to mention the 125% mileage bonus you’ll earn whether you’re flying Alaska Airlines or a partner like British Airways or American.

Alaska Airlines is very generous with its elite status, offering three different routes to earn it. The unlimited complimentary upgrades at every level are a nice perk as well, though obviously you’ll get more use out of them if you hold a higher tier of status. Given Alaska Airlines’ extensive network of partners, this might be the most valuable elite status for you to pursue, even if you never plan to actually fly with Alaska Airlines.

For the latest on how to unlock free travel without spending a fortune, please subscribe to the Million Mile Secrets daily email newsletter. 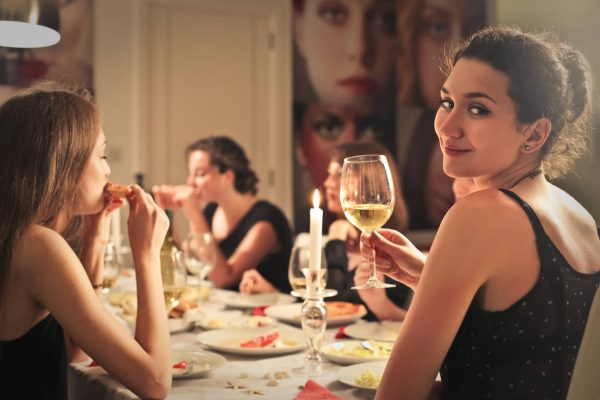