Emily:  One of my best friends lives in Arlington, Virginia, so I don’t see her very often.  We met in college and have been friends ever since.  The first (and last) time we took a vacation together was to Barcelona, Spain in 2007.

I thought it would be super fun to celebrate my 30th birthday with her in the Dominican Republic.  So we planned a trip to 3 locations, including Santo Domingo, Bayahibe, and Bavaro (near Punta Cana) over the course of one week.

In this post, we will review the breakfast, lunch, and dinner options at the resort.  For breakfast and lunch, we went to the main buffets.  And for dinner, we went to La Fuente, a Spanish restaurant in the resort.  We will also review a restaurant located outside of the resort called Solo Pollo.

The next day, we went to breakfast for a monstrous buffet.  There was bread…

I had an assortment of food, including tortilla espanol (potatoes and onion omelet), churros (the highlight for me!), a Spanish donutte (also very good!), and ham.  I also had coffee.

Kristen had cottage cheese, a churro with chocolate, fruit, a tortilla, and some Dominican food.

The highlight for both of us were the churros with chocolate and the coffee!

For lunch, we went to the buffet right when it opened.

Kristen:  Getting to the buffet at opening time proved smart, as we beat the crowds before they arrived.

There was a large selection of bread…

There were also lots of desserts to try!

We sat outside and had a beautiful view.

I had a Dominican speciality called mofongo, which is mashed plantains with garlic and pork, and sancocho, a delicious, rich beef soup.

Both were very good, but the mofongo was not as good as what we had at Adrian Tropical in Santo Domingo.

Kristen had paella and vegetables.

For dessert, we tried a small variety of cakes and ice cream.  The ice cream was the best!

We ordered two tapas (small plates), two starters, a main course for each of us, and 2 desserts.

Kristen:  The dinner was a la carte, and reminded me of ordering off the menu during dinner on a cruise ship; one of each course, with a four course meal.

It was difficult choosing which food we wanted!  However, we decided on wild mushrooms with cooked ham…

and a goat’s cheese salad.

Kristen’s favorite was the grilled cheese and mine was the Iberian ham and machego.

For our main course, I had stuffed chicken…

and Kristen had a beef fillet.

Kristen:  I had asked for the steak to be medium rare, but it came well done.  All the same it was juicy and tender to the last bite.

Emily:  We asked for Kristen’s steak cooked medium rare but they served it well done.  It was still tasty and I especially liked the accompanying mushroom sauce.  For dessert, we had Catalan crème brulee, which tasted like a mix of crème catalane and crème brulee, and it was all right.

We also got a slice of Queen Cake, which looked like a Neapolitan ice cream cake.  It was okay.

Kristen:  Dessert included a great neopolitan inspired layered ice-cream cake with a rich and creamy fired mousse on top and a crema catalan that was not very tasty.

For the next evening we wanted to try a restaurant outside of the hotel.  We decided on Solo Pollo which was known for its rotisserie chicken.

The cab ride was $18 each way, for a total of $36.  So try to do something else in town after dinner so that you can maximize the cost of leaving the hotel.

The menu had chicken and other snack foods.

It took us 15 minutes to get to the restaurant.  There was also a supermarket about 5 minutes away, and a few dance clubs.

Our driver waited in the taxi while we ate dinner.  We gave him some money to get dinner for himself as well!

Since it’s so expensive to leave the resort, I would recommend visiting at least 2 different places.  For example, have dinner and then go to a club or go to the supermarket and then dinner.

@Ken- Most of the restaurants were included, with the exception of the French restaurant. There was a lot of variety, with Mexican, Japanese, American, and Dominican food! http://www.barcelo.com/BarceloHotels/en_GB/hotels/Dominican-Republic/Punta-Cana-Beach-Bavaro/hotel-barcelo-bavaro-palace-deluxe/restaurants-cuisine.aspx

Emily, were all the restaurants complimentary at the huge hotel? I think you mentioned all inclusive but sometimes that doesn’t include everything. So, what all was/wasn’t included at this hotel? 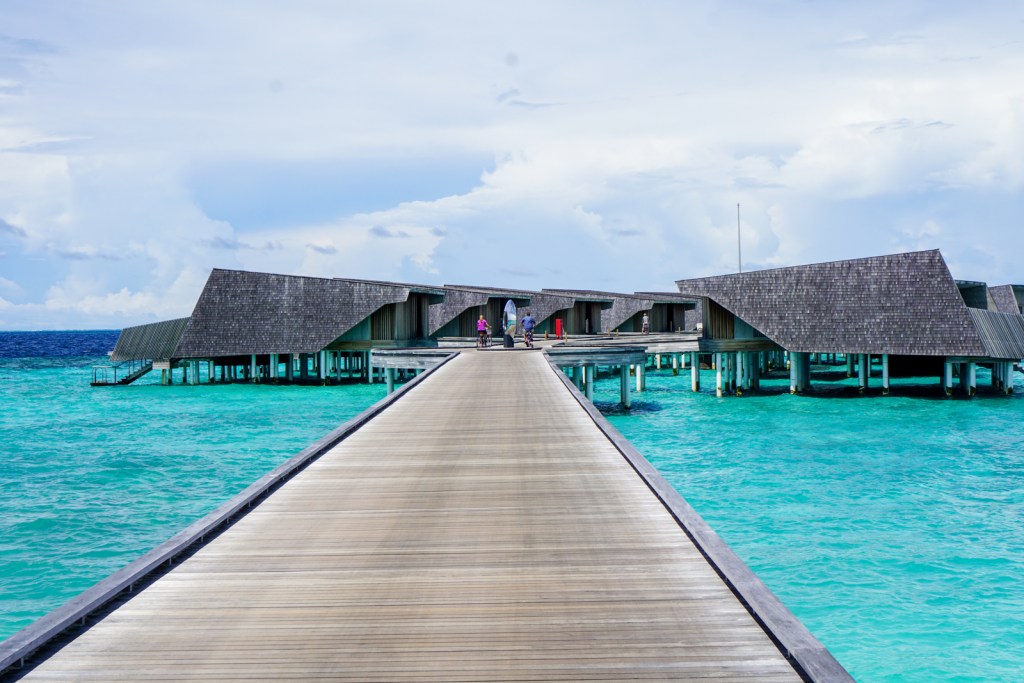 The best no foreign transaction fee credit cards of June 2020