Our $32,000+ Honeymoon in Paris for only $2,000! Emily Jablon:  Finally, we were going to Paris!  It was my first time to Paris and I was very excited.  We left Kansas City at around 11 am, and took a two hour Delta flight to Boston.  The flight had wireless internet, so we were both able to get some work done.  After we arrived in Boston, we had a six hour layover.  It looked like a very nice city and I’d love to visit one day. Daraius:  Unfortunately, there were no non-stop flights on Southwest from Kansas City to Boston and the flights which were available were early in the morning, which would mean a full day away from work, and so wouldn’t work.  So I bought two 1-way tickets from Kansas City to Boston on a non-stop Delta flight for ~$220 each.  I also planned a long layover, in case something happened and we needed to take a later flight.  I didn’t want to risk arriving in Boston after our British Airways award flight departed. Emily Jablon:  After checking in for our flight, we went into the British Airways lounge, where we had some snacks and got some more work done.  However, the wireless internet was very poor and we never got a connection.  Luckily, Daraius has internet through his iPhone, so we used his network. Daraius:  The British Airways lounge in Boston was small and windowless.  As you entered the lounge, the left side was for business class passengers while the right side was for first class passengers.

There were few sandwiches…

…but lots of chips (crisps) & biscuits.

There was hummus and pita bread, but the pita was very hard.  And carrots, celery, and tomatoes with ranch dressing.

There was a fair amount of self-service alcohol.

There was also tea and coffee available. Emily Jablon:  The lounge was quiet and nicely decorated, and had a large section dedicated as a restaurant.

There was a self service bar area with the drinks and snacks.

And there was a sit down dining area with a waiter to take your order and serve the food.

Daraius:  Since our flight was at 10:20 at night and only 6 hours long, we decided to have the pre-flight dining in the lounge and to then get as much sleep on the plane.

There was a separate dining area for business class and first class.  The First Class section had sit down dining, though the section was closed when we initially arrived in the lounge.

The First Class dining room had leather seating with pillows and tables with white tablecloths and fresh flowers.

Business class had aluminum chairs and bare tables, save the salt and pepper shakers.

Here’s the menu for our First Class pre-flight dining menu.

Daraius:  We had a very friendly and competent waiter serve us as well as all of the other tables in the lounge.  I had the sausage, described on the menu as “Forest Mushroom Ragout.  Lamb Merguez Sausage, Pimento Oil, Micro Salad.”  Emily had the salad, described as “Mesclun Greens. Organic Balsamic Dressing.”    I didn’t care for either of the starters.

Emily ordered the corn chowder, described as “Corn Chowder.  Chive Creme Fraiche” but I skipped it since I don’t usually care for soups.  But her soup was very tasty!

Daraius ordered the tart, described as “Provencal Tart, Tomatoes, Olives, Caramelized Onions.”  I really liked his tart, but the portion was very small.

For dessert we had the blueberry clafouti.

And the selection of cheeses.

I made sure to leave our server a good tip because he was very eager to help.  After dinner, we did more work on the laptop and soon enough, it was time to board our flight to London’s Heathrow airport.

But would it be the new British Airways First Class or the old seats? 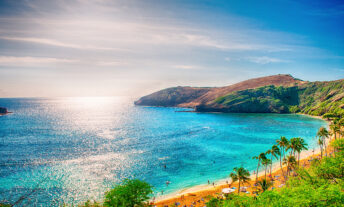