Save Your Points – Southwest and AirTran Schedule Open Through August 8, 2014

You can now book paid and award flights on Southwest and AirTran up to August 8, 2014 (instead of June 30, 2014).  So you can save some cash and start booking your summer travel now!

You can now use Southwest points to fly to 3 international destinations.

Save Points By Booking Now For Flights Up To August 8, 2014

You don’t pay a penalty to cancel a Southwest flight paid with points (the points go back to your account when you cancel), so you can book your summer travel before you confirm your plans.

But you will pay fewer points for the same flight if you book them with points BEFORE March 31, 2014.  And you can cancel and rebook your ticket without a fee if the number of points required for the award drops or if your plans change!

You can get a credit for or the entire ticket amount (no change fees on Southwest!) valid for up to 1 year from when you booked the flight, if you cancel a paid flight on Southwest at least 10 minutes prior to departure.

Note that you should be able to cancel an AirTran ticket for free as long as you booked it on the Southwest (and not on the AirTran) website.

Other Ways to Earn Southwest Points

You can instantly transfer Chase Ultimate Rewards points from the Chase Sapphire Preferred, (no longer offered) Chase Ink Bold, or Chase Ink Plus to Southwest Airlines on a 1:1 ratio, if you’re running low on Southwest points.

And don’t forget the sign-up bonus on the Southwest credit card!

Note that  transferring points directly from Ultimate Rewards to Southwest do NOT count towards the Companion Pass.

If you have a Southwest Companion Pass, your companion will fly free with you, on BOTH paid flights or flights booked with points.

You can book a seat for yourself, and add your companion later if you don’t currently have a Companion Pass.

Southwest and AirTran have connected their networks, so you can usually book AirTran flights (within the US and NOT to international destinations) on the Southwest website.

If you book  AirTran flights from the Southwest website, you won’t pay for 2 checked bags and you won’t pay a fee for cancellations!

You will be issued a credit for the remaining balance valid for up to 1 year after the booking was made.  If you don’t call at least 1 hour prior to departure you forfeit your airfare.

Southwest and AirTran schedules are open through August 8, 2014.

That’s because Southwest does not charge change fees so there is no penalty for canceling the flights and re-booking.  And because your Southwest points are worth ~15% less if you use them to book award flights after March 31, 2014. Rental car availability is at an all-time low: How to score the vehicle you need 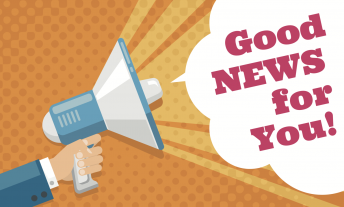